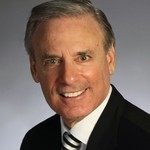 Chairman of the Board, Chief Executive Officer, President

Throughout his career, spanning more than four decades, Mr. Levan has served as Chairman and CEO of our New York Stock Exchange listed companies and been a driving force in raising more than $2 billion in debt and equity. In 1971, at the age of 27, he founded IRE Financial, the predecessor to BBX Capital Corporation, and over the next ten years, raised hundreds of millions of dollars and built a national portfolio of real estate exceeding $1.5 billion in value. Mr. Levan spearheaded the acquisition and development of several master-planned communities including tens of thousands of square feet of commercial space, shopping centers and thousands of homes.

Mr. Levan serves on the Nova Southeastern University (NSU) Board of Trustees. Previously, he served as Chairman.

He is also Co-Founder and Co-Chairman of the Susie and Alan B. Levan NSU Ambassadors Board. He is Founder and Chairman of the BBX Capital Foundation, which has contributed over $15 million to the South Florida community and is one of Broward County’s largest Habitat for Humanity supporters. He is currently a member of YPO Gold. Mr. Levan has received Habitat for Humanity’s Spirit of Humanity Award, NSU’s Entrepreneurship Hall of Fame Award, Greater Miami Chamber of Commerce’s Cutting Edge Award, Sun Sentinel’s Excalibur Business Leader of the Year Award, Florida Atlantic University’s College of Business, Business Leader of the Year award and Ernst & Young’s Entrepreneur of the Year award for Florida. 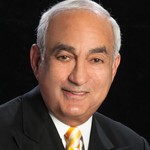 Through his executive roles with several publicly traded companies and his own business, Mr. Abdo has spearheaded real estate acquisitions, development and construction ventures totaling more than $10 billion. His company has built more than 5,500 residences throughout South Florida, which for a time made it the largest residential builder in Florida’s Broward County. Other notable successes include the acquisition and development of Cypress Creek Station, Center Port, and a major twin-tower condominium project with 350 units in downtown Fort Lauderdale. Mr. Abdo has significant private investment experience, having managed, or played an integral role in transactions totaling more than $5 billion over the course of his career.

Mr. Abdo is a member of the Board of Directors and the Finance Committee of the Broward Performing Arts Center Authority (PACA). He is also a member of the Board of Directors of the Broward Performing Arts Foundation and was its President for over 20 years. Mr. Abdo serves on the board of the BBX Capital Foundation, which has contributed over $15 million to the South Florida community. He is inducted in Nova Southeastern University’s Huizenga School of Business Entrepreneur Hall of Fame and has received the Spirit of 100 Award from the Broward Economic Development Council. Mr. Abdo was appointed to and served on the South Florida Super Bowl XXIX Host Committee in 1993. 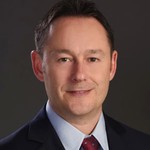 Mr. Lopez previously served as Bluegreen’s Controller in 2004 and was promoted to Chief Accounting Officer and Vice President in 2005, moving to Senior Vice President in 2007.  Prior to joining Bluegreen, Mr. Lopez held various roles at Office Depot, Inc. and Arthur Andersen LLP. Mr. Lopez is a Certified Public Accountant, currently serves as the Co-Chairperson of the ARDA Finance Committee and was named “Chief Financial Officer of the Year” by the South Florida Business Journal in 2018. 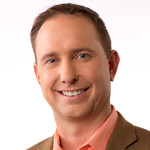 A veteran of the industry with over 25 years of experience, Mr. Tonkin joined the Bluegreen in 2019 as Chief Sales Officer before being promoted to his current role in May of 2020. Prior to joining Bluegreen Vacations, Mr. Tonkin served as Executive Vice President of Sales & Marketing at Wyndham Destinations overseeing $1.1 billion in annual gross vacation ownership interest sales at 62 sales locations.

A native of Knoxville, Tenn., Mr. Tonkin is a graduate of Elon University where he was a four-year letterman in soccer and is a graduate of the CEO Academy at the Wharton School of Business. Mr. Tonkin has a proven track record of Sales and Marketing leadership and has been named among Florida’s Most Influential Business Leaders by Florida Trend magazine. 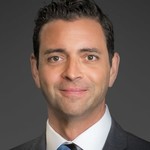 Prior to joining Bluegreen in 2018, Mr. de la Osa served in various leadership roles at Wyndham Vacation Ownership including Executive Vice President and General Counsel. He was Lead Corporate Counsel at Sol Melia Vacation Club, a subsidiary of Melia Hotels International from 2004 to 2010. He also served as Corporate Counsel to Tempus Resorts International from 2002 to 2004. Mr. de la Osa began his legal career at Baker Hostetler LLP where he counseled clients in the real estate and hospitality practice areas. 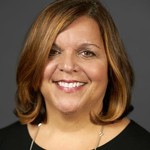 Ms. Saturday holds a M.S. from Nova Southeastern University in Human Resource Management and a B.B.A in Accounting from the University of Massachusetts at Amherst. 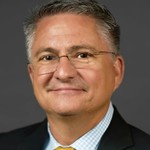 Mr. Rivera joined Bluegreen in 2012 and served as Senior Vice President and Chief Information Officer prior being appointed to his current role in 2017. Prior to joining Bluegreen Vacations, he was the Chief Information Officer of Russell Hobbs, Inc., Global Service Manager of CITCO, Vice President, Managed Services of Fresh Del Monte Produce Inc. and IT Director of Blue Martini Software.

He holds a B.S. in Management Information Systems from Florida State University. 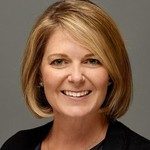 Ms. Foster holds a B.S. in accounting from Florida State University and serves on the executive committee and board of directors for Junior Achievement of South Florida whose mission is to promote financial literacy and workforce readiness. 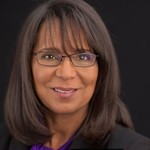 Ada Grzywna serves as Bluegreen Vacations’ Senior Vice President, Resorts Operations. In her role, Ms. Grzywna leads a team of 2,200 associates with a shared mission of delivering amazing vacations to the company’s valued owners. She is responsible for the management and financial oversight of Bluegreen Vacations’ HOAs as well as the annual operation and renovation budget for the company’s resort portfolio. She has been instrumental in reinforcing the company’s commitment to environmental sustainability and social responsibility through the development of formalized metrics, targeted goals, and meaningful partnerships with organizations like Alaffia.

Prior to joining Bluegreen Vacations, Ms. Grzywna served as Resort Operations Vice President of Wyndham Vacation Ownership for the Southeast and Caribbean Region. She was also Regional Director of Operations at Hilton Grand Vacations overseeing 18 timeshare resorts and spent eight years at the Golden Strand in Miami Beach. 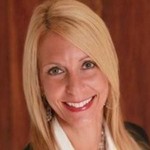 She joined Bluegreen in 2003 as Director of Contact Center operations in the company’s Indianapolis office. She was promoted to Vice President Customer Engagement in 2005 and was appointed to the Board of Directors for the Bluegreen Vacation Club in 2016.

Prior to joining Bluegreen Vacations, Ms. Blevins was the Director of Contact Center and Program Management at Telamon Corporation in Indianapolis, Indiana where she served as the company’s customer service architect, developing and implementing business processes to support client services, field sales and deliver contract requirements. She also led contact center operations at Aspen Systems Corporation in her native Indianapolis.

Ms. Blevins has been recognized for her innovative and engaging leadership in the customer service field, earning the Stevie Awards Silver Stevie Award for Customer Service for five consecutive years, 2012 – 2016. She was named an “Influential Woman of Northwest Indiana” finalist for Northwest Indiana Influential Women Association for three consecutive years, 2014 – 2016. She also earned the Bronze Stevie Award in 2013 and was named a Woman of the Year finalist in the same year.